Hello everyone this time i'm wants to share Eromanga Sensei Wallpaper 4K Ultra HD, in this edition there is a selection of original wallpapers from various FanArt that make various types of Chara models of their own creations and some have also been added modifications from the original design, Well with a few changes adapted to the size of the mobile and desktop, so for you no longer need to set the size, just download the size you want.

At home Masamune lives with Izumi Sagiri, her sister who is a hikikomori. One day, Masamune was surprised to see Sagiri appearing and greeting him after a year of confining himself in a room. Even more surprising was illustrator Ero Manga-sensei who had been working with him all this time was his own younger brother. The story is complicated when the two have to deal with the authors of their rival popular light novels. Source From : Otakotaku.com


As a consideration for those of you who want to download, I'm giving some examples of wallpaper files that are in the file. 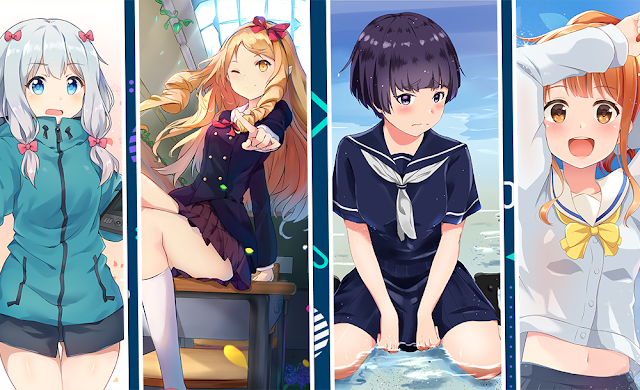 In the Try This Eromanga Sensei Wallpaper 4K Ultra HD there are 20 different images available in HD quality and almost all the pictures are compressed (smaller) but the quality remains the same as the original. For those of you who want to use the image above for editing purposes, there is no need to specify the source of the image.

Okay, that's all, the next batch will upload again later.